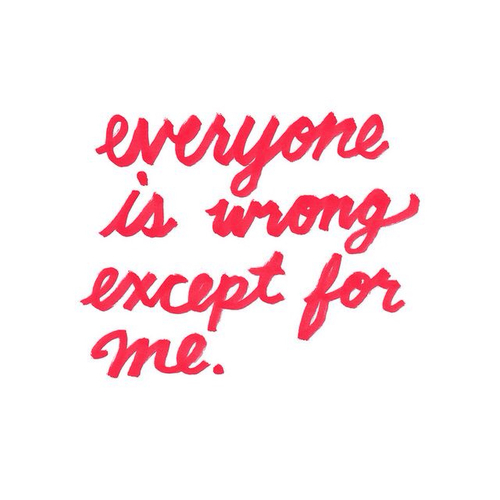 Here’s the sad truth: every group, no matter how big or small or well-intentioned or yes, even hateful, is going to contain idiots. Not just idiots – truly awful human beings who want to bring everyone else down, whose identity is tied up with being a part of the group AND their membership making them better than everyone else.

If you judge the entire group by those people, you’re doing everyone a disservice and also opening your group(s) up to the same attitude*. There’s no easy solution to this – it’s really difficult to examine the group “as a whole” or even work out the group’s true core values, because they’re so often misrepresented by these angry, loud people.

*and yes, YOUR group also contains those hateful, ugly people. No exceptions.

Instead, try to find the best of the group, see where they’re coming from, and then decide whether or not it’s a point of view you can understand, even if it’s never going to be something you agree with. Again, this is not easy, but it’s the best and most fair (and frankly most interesting) way to do things, and it’ll leave you better equipped to fight evil, and with a greater understanding of the world.

And above all, strive to never be that person. Identifying a certain way might make you feel good, but it doesn’t automatically mean that everyone who doesn’t agree with you is evil, and treating the world as simplistic and black-and-white just makes you look like an idiot.

(Now here’s a game for you – try to guess which group inspired this post! I would put money on no one being able to work this out, because though it may seem to obviously be about x or y, this philosophy genuinely does apply to EVERY group and identity I’ve ever, ever encountered.)